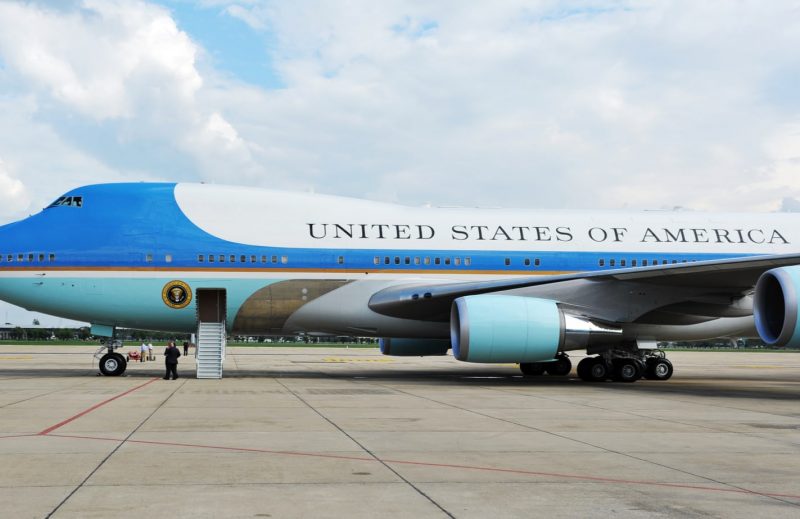 Leaders and dignitaries around the world frequently travel the globe, visiting other nations for important meetings, humanitarian efforts, governmental business and more.

But they don’t travel on the same types of aircraft you or I do. They fly the skies in presidential aircraft uniquely designed and outfitted for performance, safety, and operations, often acting as an in-air “command central”.

Although we frequently see the US President on “Air Force One”, leaders of other nations and prominent leaders worldwide employ some form of executive transport.

This article will explore some of the world’s finest presidential aircraft in 2020, providing you insight into the best of the best fleets and luxury jets modern aviation has to offer.

Presidential Planes of the World’s Leaders and Nations

Arguably at the echelon of presidential and executive flight, this jetliner is off the radar of most individuals and therefore is lesser known amongst the public. However, we have all seen it in the form of Air Force One. That’s right. The Boeing VC25 is the make and model of none other than the plane that transports the leader of the free world from one destination to the next.

We all know about Air Force One, but have you heard about the Boeing E-4B, otherwise known as the “Doomsday Plane”. Based on the Boeing 747, this heavily modified aircraft was uniquely engineered for emergencies, capable of withstanding virtually any worst-case scenario thrown at it. Fun facts: the aircraft is outfitted with Thermo-radiation shields, is capable of flying for 620 hours straight without the need to refuel, and is equipped with 67 satellite dishes and antennas.

While you can’t rent one of these aircraft, you can certainly rent a private jet from BitLux. Learn More: Cost to Rent a Jet One For a Day

Versions of these heavily modified airliners are the favored way for the President of Russia and other national leaders to travel the skies. The Russian Federation currently employs a fleet of five IL-96-300PU airliners ready to go at a moment’s notice. These large planes typically have a capacity of 262 seats arranged in a 2-class configuration.

This wide-bodied presidential jet is typically reserved for important global events such as the G20 summit, and has been used for official government travel and business trips to Russia, China and the USA.  Sporting a glass cockpit, two engines and duel landing gear (instead of the usual three), this jet is nimbler than its A340 cousin. Other jets sometimes used for official presidential travel include the Airbus A320-214 CJ Prestige and Airbus A321-211 CJ.

Once the aircraft of choice for Lufthansa, the German Chancellor’s fleet is comprised of two modified Airbus A340-300 airliners, as well as several Airbus A320 executive jets. The A340 is a long-range jet featuring a wide-body design and a 3-class arrangement of 210-290 seats. The A320, by contrast, is a take on the traditional business jet but featuring an ultrawide body as well as enhancements in range, efficiency and amenities.

The leaders of The People’s Republic of China lack a designated presidential jet. Rather they opt to use dedicated Boeing 747-400 airliners set aside for their official Air China fleet. The Boeing 747-400 is a massive wide-body airliner that has been upgraded from the standard 747 model to provide increased efficiency, range and turbofans. Capable of accommodating up to 416 passengers across a 3-class layout this plane has both ample space and features, making it one of the airliner’s bestselling models.

Traditionally, the Japanese Prime Minister employed a set of two 747s as his preferred choice of aircraft. However, the 747 has since been replaced with the 777.

The Boeing 777, commonly referred to as the Triple Seven, is a wide-bodied airliner engineered to bridge the gap between the 767 and 747 models. Out of the twinjet engine models, the Triple Seven is the largest, capable of transporting between 301-368 passengers in a 3-class layout.

For the President of France, the Airbus A330-200 is the aircraft of choice, having been converted and customized to suit VIP transport.

The A330-200 represents over 20 years of aviation innovation, capable of carrying between 210-250 passengers. It’s wide-body design allowed for plenty of personal space, while modern seating offers an excellent level of comfort for long flights.

Converted to adequately meet the VIP needs of the nations’ leaders, the Royal Air Force Airbus A330MRTT is the aircraft of choice. This particular Airbus model is a global favorite, with over 12 nations having placed orders for over 60 of these aircraft.

Although standard configurations are capable of holding up to 380 passengers with single and duel class layouts, this particular aircraft has been modeled to carry a meagre 58 business-class seats.

Yet another aircraft from Airbus, the A310-300s is a twin jet, wide-bodied airliner capable of carrying up to 220 passengers. This aircraft is the favored way to fly the skies for the Canadian Prime Minister, who has on had a fleet of modified A310-300s.

At BitLux our private jet charter specialists can help you explore the best options for your next trip. Whether for business or pleasure, BitLux is ready to serve. With a reputation built on world-class performance, above and beyond service, an unbeatable safety record and a true dedication to excellence, you can’t go wrong when flying with BitLux.

Ready to Take Your Place Among the Elite?

Consider booking a private jet charter with BitLux and fly the skies like world leaders and the corporate elite. Since inception, we’ve built a reputation on a flawless track record of safety, world-class service, and impeccable reliability. With one phone call, our team can set you up with a private charter tailored to meet your unique needs and ready to transport you from Point A to Point B in style and comfort.