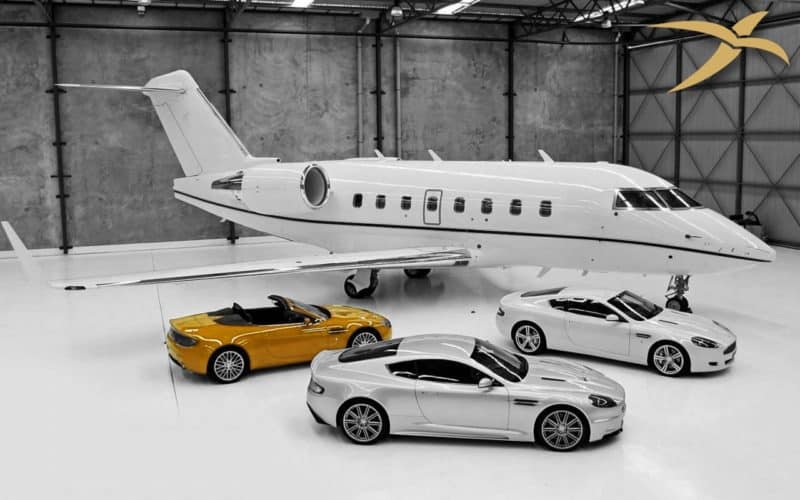 Private jet usage has grown significantly in the last few years, with demand for exclusive flight services exceeding pre-recession levels. This means that private jet travel as a form of business transport is more popular now than in the past 20 years. The strength of the private jet sector comes from private jet charters (rental) and used jet purchases. The most popular private jets to travel on in 2019 are as follows:

Cessna Citation Latitude: This jet model was first introduced into the private jet world in 2015. Since its first flight, the Cessna Citation Latitude has been ranked in the top 10 private midsize jets. What makes this aircraft so popular is its impressive performance metrics. The Citation Latitude is the most ordered midsize jet for the third year in a row. In terms of capacity, the model can fit 9 passengers with a range of 2,877 nautical miles. At lower cabin pressurization, the jet can offer a higher level of comfort. Cessna is known for building luxurious jets, with the Citation Latitude boasting one of the largest cross-section of any Citation that Cessna has built.

Embraer Phenom 300: From 2013 to 2016, the Phenon 300 by Embraer was the most-sold light private jet in the world. Now named the Phenom 300E, this aircraft is the fastest and longest-range single-pilot aircraft on the market. Developed utilizing the gen-next avionics and a vast cabin space. This jet can fit 11 passengers with a top speed of 834 kilometers per hour. The jet can travel a range of 3,650 nautical kilometers.

In the past, private jets are most commonly used for business purposes. As wealth and technology has advanced, flying private is has become more accessible for leisure travelers. However, the corporate market is still the largest for private jets and the majority of private flights are taken for business. Here are the most commonly used business jets:

Dassault Falcon 7X: The Dassault brand started off in the military and commercial aircraft sector, with its large aircraft then paving a way in the business aircraft industry. The Falcon 7X has a vast range of 5,950 nautical miles, with a digital flight control system and customizable interior options. The jet can make long range and short range journeys, thanks to the tri-jet engine that the aircraft boasts. To conclude, the Falcon 7X and 8X models bring a higher level of speed, efficiency and comfort to flights.

Airbus ACJ 320 NEO: This private aircraft is also used in the commercial sector, with the commercial version of the jet facilitating 160 passengers. The Airbus ACJ jet only facilitates 18 people. The space on the aircraft is used for conference rooms, a VIP suite and dining tables. Not to mention, this jet has a full head-of-state bedroom and en-suite shower. There is also an office onboard for meetings and conference calls. This is one of the most luxurious jets on the market and is used by heads of states and some of the largest corporations in the world. The jet has a range of over 4,200 nautical miles, which is incredibly vast.

These business jets are used to transport heads-of-state and large corporations across vast distances whilst prioritizing corporate functionality and a more minimalist interior. Check out the range of private charter aircraft that we offer here at BitLux travel.