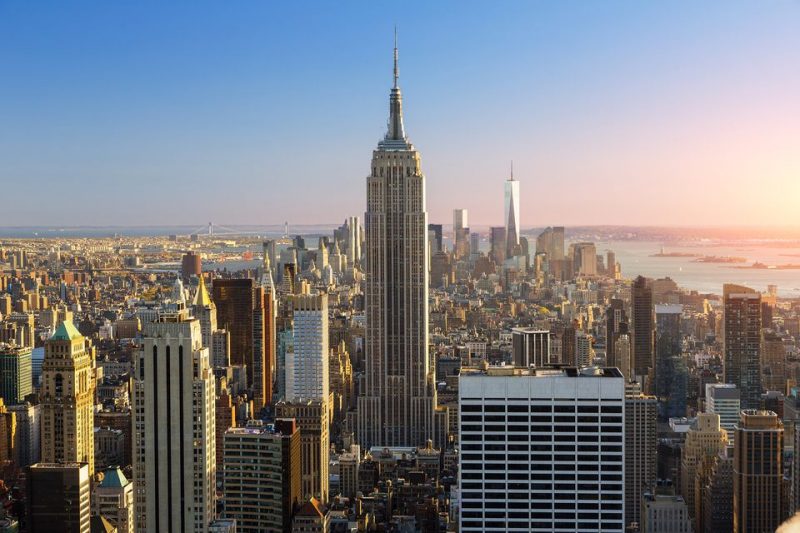 When it comes to traveling to and from New York City, private charter jets and fixed base operators (FBOs) offer an often-preferred mode of flight for discerning clients that prefer to avoid crowds, travel in style and comfort, and have access to amenities tailored to making their experience more enjoyable. Not to mention private jets can get you to your destination fast, reliably, safely and with much less hassle as compared to regular commercial flights.

The city that never sleeps is undoubtedly exciting with many attractions and bustling businesses, but getting around can be quite hard with around-the-clock traffic. Whether you’re traveling by ground transport, or flying, arriving late to an important event or meeting is easy to accomplish when traveling to or from downtown.

That’s why picking the right New York area private jet airport for your trip is essential if you want to arrive on time and not experience any delays. While there are many options, choosing the best airport comes down to location, convenience, and cost. Private airports are convenient because takeoff time isn’t as long as commercial airports because there is less congestion. On the other hand, airports with a commercial terminal may save you some money in landing fees.

This guide will discuss the most recommended private and semi-private airports to use in New York. In no particular order of preference, let’s dive in…

Located just across the Hudson River, New Jersey’s Teterboro Airport is by far the most popular private airport for travelers and offers many amenities. This airport services only private jet charters making it an exclusive takeoff spot. Many opt to use this airport because it’s located very close to Lincoln Tunnel, making it one of the quickest ways to commute to downtown.

Teterboro is also favorable because of its flexible curfew. Jets over 10,000 pounds are discouraged from landing from 11 PM to 6 AM due to noise. But since this curfew is voluntary, jets can land during these hours if necessary. However, your jet’s operator will receive a letter from the airport asking them not to break this curfew again.

Not only is Teterboro exclusive for private travel, but it’s also the oldest airport in New York. The airport initially opened in 1919 and has been operating ever since. Teterboro houses more than 90 aircraft and has two different runways, both able to handle any jet size. The airport offers 5 different FBO spots located around the facility, allowing travelers the flexibility to board quickly or to take a break and relax with friends before heading out.

The drawback to using Teterboro is the same as its appeal: popularity. Because so many travelers commute to and from this airport, there is daily air traffic which can result in delays. But these delays haven’t stopped Teterboro from being a number one choice for many private jet travelers.

per 1,000 pounds of maximum gross weight for takeoff.

Westchester County Airport is another popular choice for New York travelers. Many choose to land here because it’s located close to the Hutchinson Parkway making it easy to travel to and from downtown. This airport is also a good location for travelers in Greenwich or Stafford, Connecticut.

Westchester County Airport has a commercial terminal and four FBOs. A unique feature about Westchester is that it houses more Part 91 aircraft than any other airport in the area. This is a great advantage for private travelers who many need their flight crew to deviate from airline regulations in order to get where they need to be.

Westchester doesn’t have the same exclusivity that Teterboro has, but it may be a better choice because it doesn’t experience as many delays. You may also save money by booking a flight there since many of the private jet operators are often free or are willing to give a good deal if you choose to travel in aircraft housed at the airport.

Republic Airport is located just east of New York making it a great choice for travelers in Long Island. With Republic Airport, you get the best of both worlds. The airport is completely private meaning fewer delays and less congested air traffic, and since it’s not as popular as Teterboro, you could save some money by traveling from there instead.

The airport has two runways that are perpendicular and several FBOs to choose from. There are also many aircraft options to choose from including a fleet of 45 Part 35 aircraft.

MacArthur Airport is also located in Long Island and offers just as many amenities as Republic. The airport has 4 different runways equipped to handle any jet size and two helipads. MacArthur offers great charter aircraft, including Part 35 turbo tops and Legacy 600 aircrafts.

Islip has a unique history. The airport wasn’t always a commercial airport. It was founded in the 1940s as a military airfield to help the US during World War II and was named after General Douglas McArthur.

This airport used to be a popular choice, but its popularity has fallen off over the years as more private travelers shifted to Teterboro. The airport is not situated as close to New York being 50 miles away. It also doesn’t have the glamour of Teterboro being a commercial airport, but using MacArther for your private flight could save you some money.

Larger airports are generally reserved for commercial airlines, charging high fees and often delayed take-offs and landings. Smaller airports and those set up with FBOs, capable of handling private jets often offer a better overall experience, helping you get to and from your destination conveniently and efficiently…all while providing a myriad of amenities and personalized service you might not get at a larger airport.

Finding the perfect private jet airport in New York comes down to time and money, among any other personal considerations you might have. If your schedule is demanding, you may want to consider airports close to downtown (such as Teterboro). But don’t be afraid to explore other favored options like MacAruther or Republic. The commute may be a bit longer, but you can save some money with landing fees.

Each location has its own set of pros and cons, as well as various amenities, services and prices. Shop around and have a list ready of the items that are most important to you and your travel plans.

Need additional assistance or recommendations? Call or message BitLux today and our team of private jet charter professionals will be more than happy to provide guidance, support and answer any questions you may have about which airports might be best suited to your needs.

Since inception, we’ve been providing safe, reliable, efficient and exceptional private charter jet travel and service for discerning clientele. For business and pleasure, our team will makes sure that your flight is one that you’ll remember for all the right reasons.