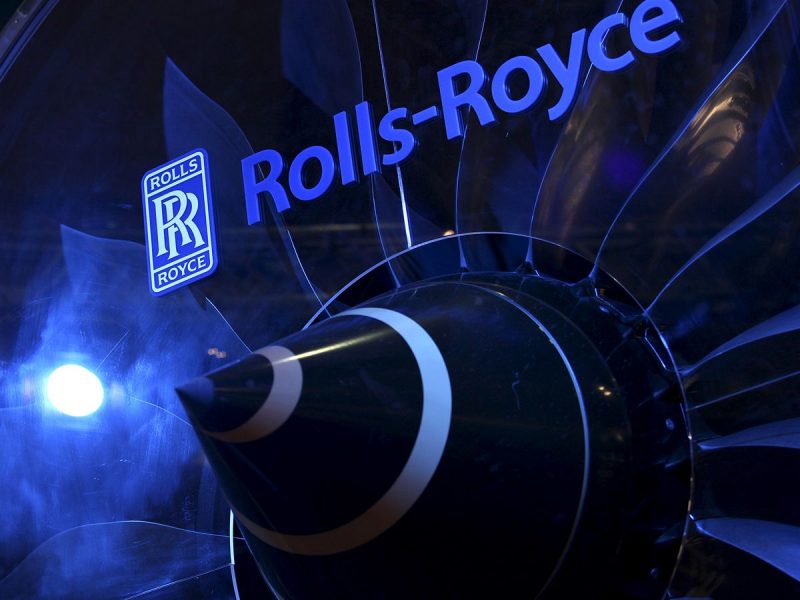 Industry titan Rolls-Royce is pulling out all the stops as it eyes the first battery-powered planes from 2025.

The aviation industry is abuzz with excitement over Rolls-Royce announcing the expectation of delivery for what are the first entirely electric-powered planes using its innovative new battery system.

Adding to the anticipation, is an indication from one of the company’s top executives that its zero-emission P-Volt powertrains may be ready to roll off of production lines as early as 2025.

According to comments made by Rolls-Royce president of engineering (electrical division), Rob Watson, was quoted by Bloomberg as saying that the company expects the first commercially available small aircraft utilizing its P-Volt batteries could take place within the next 3-5 years if everything goes according to schedule.

The first commercial aircrafts using the P-Volt system will be capable of carrying up to 6-8 passengers, with initial power outputs of around 600 kWh. As the technology evolves, Rolls-Royce expects that advancements in engineering could improve both power output as well as efficiency, capable of powering aircrafts as far as 250-plus miles by 2030-2040.

As reported by Bloomberg, Watson was quoted as saying, “I think that’s where you see urban air mobility and regional air mobility, aircraft with eight to eighteen seats, becoming a real possibility in the next three to five years.”

The announcement of its P-Volt system and all-electric aircrafts come at a time when Rolls-Royce has made significant headway into the ‘green’ space.

More than just a trend or fad, going green initiatives are becoming the norm, offering a wealth of benefits beyond saving the environment for future generations. Such initiatives often aid in cost-cutting measures, improved efficiency of operations, and more.

Recently, the company has signed agreements to further the development of both electric aircrafts, as well as biofuels and other sustainable aviation fuels, known as SAFs.

However, the company’s green initiative doesn’t’ stop there. Recently, RR revealed a project working with Luxaviation Group, a leader in luxury helicopters and jets, to develop and launch a hybrid and electric aircraft. This forward-thinking hybrid aircraft (eVTOL) is said to be capable of both vertical takeoffs as well as operating as a fixed-wing commuter aircraft.

With this strategic partnership, Luxaviation’s proposed network of vertical take-off and landing ports will be serviced and maintained by support services fulfilled by Rolls-Royce. As part of this deal, RR will roll out both energy and charging infrastructure at proposed installation sites.

As part of this partnership, each company is exploring the potential for the use of hydrogen engines, fuel cell generators, and electrolyzers for H2-powered planes.

President of engineering (electrical division) at RR, Rob Watson, was quoted as saying, “This strategic partnership also leverages capabilities and technology across Rolls-Royce as we develop the electrical power and propulsion systems for eVTOL and commuter aircraft. Rolls-Royce is set to build on our existing network to offer maintenance services for electrical systems. Further, Rolls-Royce Power Systems is able to offer microgrid solutions to support fast-charging of electric aircraft and deliver reliable, cost-effective, and climate-friendly, sustainable power to ‘vertiports.'”

What’s Next for Rolls-Royce?

In the short term, the company continues to focus its efforts in engineering on the research and development of both hybrid and all-electric powertrains and infrastructures for aircrafts. It has also devoted resources to exploring the potential behind the use of fuel cell generators for planes, as well as hydrogen engines and electrolyzers, reported a company representative.

Adding its name to the roster, alongside three other major players in the aviation industry, RR recently signed up to the Global SAF Declaration. This commitment holds signatories responsible for the development and promotion of biofuels as an alternative to conventional high-carbon footprint jet fuels.

With this signature, RR joins the likes of Safran, Airbus, and Singapore Airlines. The program is open to all airlines, aerospace, and aviation manufacturers, with a central goal of accelerating joint-industry initiatives to increase the development and adoption of SAFs worldwide.

Aircrafts are a significant contributor to greenhouse gas emissions and carbon footprints. In today’s modern times, it is the responsibility of each individual citizen as well as companies to do their part for the environment. With its move towards electric and hybrid aircrafts, Rolls-Royce is leading the charge in the aviation industry, taking the reins on pushing environmentally friendly alternatives to traditional fossil fuels. By doing so, RR is committed to sustainable business practices, and saving the planet for future generations to enjoy and thrive in.