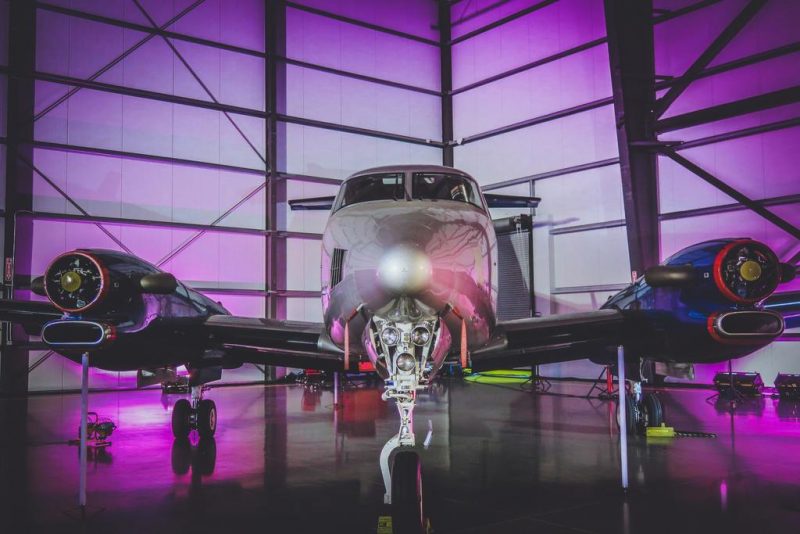 26 Feb Billionaires Are Doubling Up On Private Jets

Why is the Billionaire going all-in on Private Jet Travel in 2021?

Last year may have been a discouraging one for many industries, but it wasn’t all doom and gloom. Private Jet carriers continued to expand, servicing the growing demand for increased convenience and safety among an increasingly health-conscious public.

This trend led private jet companies and those that service the planes to have a blockbuster year, with no signs of slowing down into 2021 and beyond.

The world’s market is evolving fast, adapting to the “new normal” amid the global pandemic. What was once thought to have perhaps been a passing trend, has now become something that we are going to have to live with for the foreseeable future.

Threatened by the looming rise of new (potentially more dangerous and infectious) strains of COVID, the world is bracing for the long haul, adopting remote work, video conferencing, and virtual business meetings as the new norm.

That, coupled with a complex and ever-evolving list of travel restrictions would lead one to have doubts about businesses in the travel industry. Yet, despite cruise lines and public airlines taking a major (potentially catastrophic) financial blow, others in the industry are staged for unparalleled success.

Bills Gates is doubling down on Private Jet Travel

When behemoths such as private equity firm Blackstone Group Inc., and none other than Bill Gates himself make moves in the market, people pay attention.

This quarter Gates and Blackstone Group are joining their (significant) forces to buy a company earning the majority of its revenue from refueling private jets.

The joint effort is being led by Blackstone, along with Gate’s Cascade Investment LLC, and is evaluating a potential takeover offer for Signature Aviation Plc. Although some details of the offer are private, we know that it comprised of an offer sitting at $4.3 billion before debt (or at least $5.17 per share).

What Does Signature Aviation Plc Do?

Current State of the Deal

The proposed deal is far from being inked on the dotted line, but progress is being made towards amenable terms by all parties involved. Also in play is Global Infrastructure Partners, coming in with an offer of $5.50 per share, raising the stakes. It is expected that Cascade along with Blackstone will follow suit, sweetening the deal. Of note is that Cascade already owns a 19% stake in the Signature Aviation, perhaps giving it and Blackstone an edge in negotiations.

Ever wondered What Food is Served On a Private Charter Flight?

Known for making bold moves and hedging its bets, Blackstone Group has a history of coming out smelling like a rose (remember the moves they made in the housing market amid the wake of the 2008 recession).

Yet this play is far from speculative. In fact, its darn near a ‘sure thing’. In 2020 the world saw the demand for global passenger traffic fall an unprecedented 66% (International Air Transport Association data). According to aviation data and consultancy, WingX, at the same time, private jet travel dropped just 11%.

Travel Restrictions and Health Concerns: the 1-2 punch that knocked out commercial travel

Yet, business must go on, and for those who could afford it, private jet travel offered a way to side-step travel restrictions and avoid crowded airports. As an illustration, travel to and from Florida was found to have increased by double digits (12%) year over year, despite the travel restrictions. Similarly, the Caribbean and Mediterranean beaches were both popular destinations for those chartering private jets.

Investors have been taking note, with major players looking to cash in on the private-jet travel boom. Investment opportunities and acquisitions abound in this niche vertical. From those companies servicing private jets to fixed base operators and fleet manufacturers.

Going to London? Check out our list of the Best Private Jet Airports in London

Concerns over exposure to COVID in crowded airports and travel restrictions have had an interesting side effect on the private jet industry. For the first time, the market has been exposed to a whole new target audience who may have never before contemplated flying private. Despite being a forced choice, those who fly private once often aren’t excited at the prospect of going back to traveling in congested airports. Parking, security check-ins, cramped quarters, loud passengers, and more all make flying on large commercial airlines a less than pleasant experience.

Airport Real Estate: a finite asset & another area to watch

Private jet companies can grow and expand fleet and manufacturers of jets can ramp up production, but one bottleneck the industry faces is airport real estate.

The finite nature of this asset makes service providers who have a foothold (such as Signature) a valuable asset. The leases they hold give them a virtual lock on the market, eliminating the risk of market disruption or invading competition.

In this way, fixed base operators such as Signature act like the ‘gas station’ of airports, taking a cut of everything from snacks to the fuel customers buy. Given that private jet patrons are not exactly a price-conscious bunch, the opportunity to capitalize on high-end services such as catering and concierge are big.

Learn More: Which Private Jet Has The Longest Range

While much of the travel industry is still reeling from catastrophic losses sustained throughout 2020, the private jet industry is poised to capitalize on new market share and a growing trend towards private travel.

With COVID seemingly here for the long run, and continued concerns over health, coupled with looming travel restrictions amid fears over new viral variants, industry experts are bullish on private jet travel in 2021 and well beyond.

It appears that Bill Gates and Blackstone Group agree.

BitLux is committed to providing you with the best travel accommodations. While we don’t charter jet’s as big as the 767, we can help you travel in style and luxury while providing a safe and unforgettable experience. Explore the World’s Busiest Airports