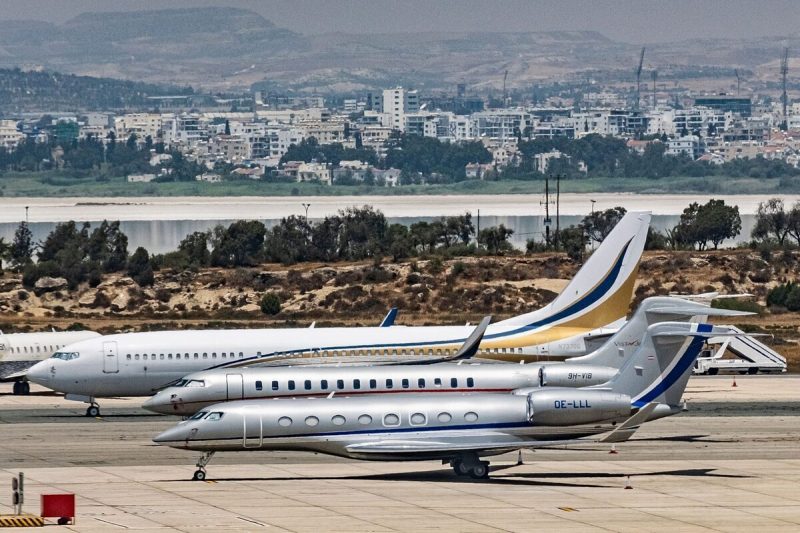 09 Jul Private Jets and Formula One

Innovative technology, speed, performance, aerodynamics, safety and an unrelenting drive for more are just a few of the commonalities private jets have with Formula One.

Turns out, the relationship between the two runs deep, with several key players in the racing sport being all but shy about their love of the aircrafts over the years.

As pro racecar drivers gear up for the French Grand Prix, we take a look at the private jets that often shuttle these titans of speed from point A to point B…when they’re not tearing up the roadways that is.

A Walk Down Memory Lane

Arguably among the most influential forces in the sport, Andreas Nikolaus ‘Niki’ Lauda, was never shy about his love for private jets. A former race car driver and successful entrepreneur, Lauda founded several aviation enterprises.

Among his private collection included the first Bombardier Global 7500 that was delivered to Europe. But he didn’t stop there. Other jets he acquired over the years included a Challenger 300, Global 5000 and Global 6000.

But Lauda wasn’t alone in his admiration and appreciation for private jets. Other drivers in Formula One have also dabbled in private jet ownership as well.

For example, prior to selling his private jet to better fit with his own environmentally conscious efforts, Lewis Hamilton, a 7-time world champion racecar driver, could be seen jotting around the skies in a Bombardier CL-600-2B16 Challenger 605. Interestingly, this jet was registered as ‘G-LCDH’, representing “Lewis Carl Davidson Hamilton’.

How do we know about Hamilton’s love of private jets? Back in 2017, the now infamous ‘Paradise Papers’ documents revealed that Hamilton received a £3.3 million (~$4.65 million) VAT refund on the £15.5 million (~$21.85 million) purchase of his jet. Further, the jet in question is registered to TAG Aviation and later sold to LaudaMotion Executive, which has since changed its name to SPARFELL.

An Industry That Appreciates Marvels of Engineering and Speed

Although not every driver has an interest or financial ability to purchase their own jet outright, many of them still charter private jet flights from companies such as BitLux, taking advantage of everything a private jet experience has to offer, without the hefty price tag and ongoing maintenance.

In other cases, racing teams purchase private jets for the team to use when traveling to and from events such as races and business dealings. For example, Scuderia Ferrari has partnered with a private aviation business to shuttle racers aboard their jets from one race to the next.

According to BitLux, “Formula One represents the pinnacle of performance, speed and safety, a focus we deeply appreciate and embody in our own business. This makes private jet travel attractive to both race car drivers and teams alike. Private jet charters represent an opportunity to get from one place to another, faster, and for drivers to arrive in optimum condition.”

A Top Down Interest Between Formula One and Private Jets

Australian billionaire and astute businessman Dietrich Mateschitz is the co-founder and 49% owner of Red Bull. He is also known to jet set around in a Cessna Citation Bravo and other private jets.

Public health concerns post-COVID, travel restrictions, and more, have all shed light on the importance of being in control of travel amid the skies.

With schedules busier than ever, and growing concerns regarding safety and reliability, private jet travel has filled a performance gap, taking on former ‘commercial’ flight customers and opening up new realms of possibility for travelers.

For Formula One drivers, teams and other professionals in various sports, private jets have gained significant interest as a fast and reliable way to get to destinations quickly. Be it for business meetings or performances, private jets allow for increased flexibility and privacy, bypassing large crowds at airports and reducing stress.

With private jet travel customized to meet the unique needs of each flight, individual or team, drivers are able to focus on upcoming performances and keep their mind clear from the clutter and stress that often comes with commercial flights. The net result is a rested professional who arrives early and who is well-rested, ready to give their best on any given day.