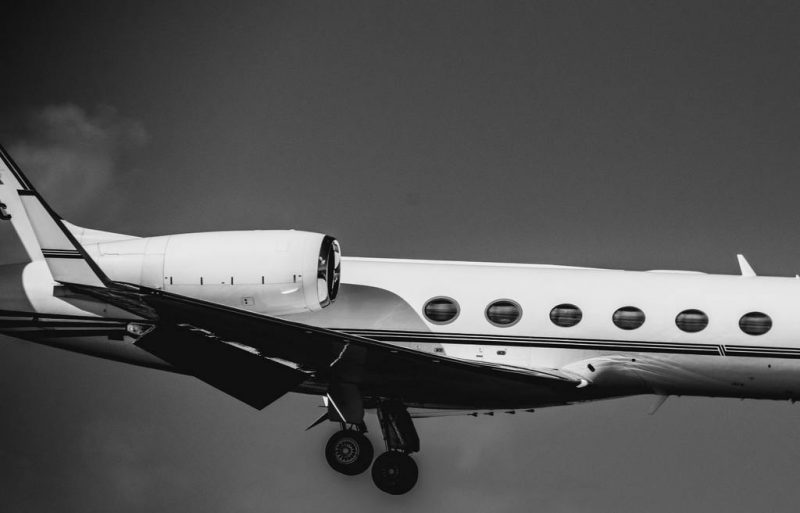 Owning a private jet is beyond the means of many, but for some, it is a very real opportunity. Whether for work, play, or both, owning a G550 has it’s perks.

But you shouldn’t jump into a deal without first doing a little research.

In case you think that this is something your budget can handle, having the right information can make a world of difference.
Key information such as the purchasing price and operational costs could influence your decision on whether to buy new, buy used, or rent one on an ‘as needed’ basis.

In fact, plenty of jet-setters pay for 1-off travel on the G550 and other jets, flying to and from corporate events, for weekend excursions, business opportunities and more. At Bitlux, we offer a wide range of private jet charters that are accessible, cost-effective, private/discreet, and safe.

The Gulfstream G550: a true work of art

The Gulfstream G550 (also known as GV-SP) is one of those jets that was engineered to impress. If you’re considering jet ownership, this is the jet you may just want to set your sights on.

With its generous capacity, capable of carrying 18 passengers with just 3 crew members, an impressive flight range of 6,328 NM at a speed of 563MPH, and an affordable $5.00 per-gallon fuel cost, the G550 ranks among one of the most popular Gulfstream jet in the company’s history.

Approved by the FAA in 2003, the Gulfstream G550 has had over 550 models that have come before it, evolving to become the industry-leading heavy, long-range business jet revered by executives the world over.

But how much does it cost to actually own and operate this luxury jet?

The list price for a brand-new Gulfstream G550 jet, new jet aircraft smell included, will put a dent in your bank balance to the tune of about $61M. Not exactly a bargain right off of the assembly line, but you do get a lot of plane for your buck.

In no time you’ll be Flying Private Like Bill Gates.

If you are lucky enough to find a pre-owned aircraft you might be able to get a break. With a pre-owned G550 in good condition, you can expect to pay in the region of $17,722,000.00 on average, depending on the engine hours, overall condition, and maintenance records.

However, it may be possible to purchase one with finance options over a 120-month period, for example, which would increase the total price to about $21,397,500.00. So, with a monthly budget of $1,756,687.50 a Gulfstream G550 could be yours to fly off for urgent business meetings or to faraway lands with friends and family at the drop of a hat.

Ever Wondered What Food is Served On a Private Charter Flight?

Whether new or pre-owned, the quality of the Gulfstream G550 is plain to see, and either version has outstanding fuel capacity. Powered by two Rolls-Royce BR710 C4-11 engines, it can fly non-stop from New York to London in about 7 hours, or from San Francisco to London in around 10 hours 45min. It has a total range capability of 13 hours, 7700 miles, offering travelers a multitude of options for destinations without the need for refueling.

Onboard, the amenities are in alignment with what you would expect from a luxury jet of this caliber. The lavatory includes a roomy shower so you can clean up and arrive at your destination ready to go. The expanded cabin area has a conference/dining room area perfect for business or leisure.

Book a Gulfstream G550 Private Charter with BitLux today.
Entertainment options abound, with full broadband, a cabin phone, sat tv, and it even has work stations so critical business operations don’t have to stop because you’re out of the office.

As for overnight accommodations, the jet can sleep up to 8 people comfortably, and the air is replenished every two to three minutes, ensuring that you will arrive at your destination fully refreshed.

A fully stocked bar is also available for an in-flight drink or two, and for the crew, there is a separate rest area. In truth, everything has been thought of and many A-list stars, Mark Cuban, John Travolta and Larry Ellison to name just a few, have opted for this industry-leading Gulfstream model.

Other savvy business people have also realized the potential of owning the Gulfstream G550 not only for personal use, but for rental opportunities. Before purchasing one they understand that all the costs and expenses have to be calculated.

Book Now: Use Bitcoin To Pay For a Private Jet Flight

The Operational Cost Of A G550

First, a staff of three, two pilots and a stewardess are required to operate the aircraft. The additional expense of a trained and capable crew is often overlooked, yet must be factored into the ongoing operational costs.
Apart from these crew salaries, the overhead includes such items as liability insurance, hull insurance, cabin crew training, flight planning, navigation database, crew recurrent training, and a host of other fixed costs. In total, these can amount to over $1m a year plus.

Variable costs such as fuel charges, maintenance charges, replacement parts, ground handling fees, and even catering, are additional costs that have to be considered. These can run up to an approximate yearly overhead expense of about $700,000.

Example Operational Costs You Can Expect

That may sound like an exorbitant figure considering that most flight times last a lot more than one hour, but that depends on how you do the math.

With a flight time of 7 hours from London to New York, the cost would be $35,000. With a full contingent of passengers sharing the cost, the per person ticket price would work out to be half the price per person for a first-class ticket on a commercial airline. Consider that you would all be flying privately in the lap of luxury, and that experience just doesn’t have a price tag.

Final Thoughts on Owning a G550

The G550 is one of the most prestigious aircraft on the market today, redefining luxury air travel. For business, it screams success, style and innovation. For a family, it fulfills fantasies of dream vacations and unforgettable experiences.

The Gulfstream G550 is in a class all of its own, and after you have jetted off in one, lapped up the luxury that comes as standard, you’ll never want to go back to flying commercial ever again.

To learn more about this and other private jets, or to charter your own private jet for business or pleasure, reach out to our concierge team today. Our service reps are standing by and eager to make your experience with BitLux one that is remembered for all the right reasons.