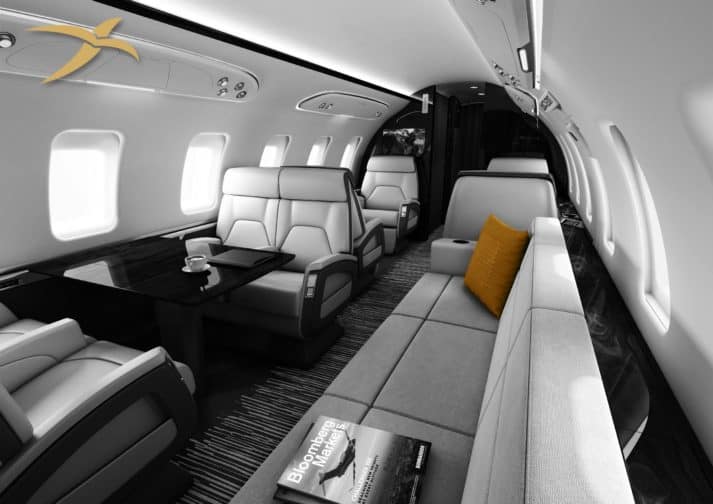 26 Sep Is City Waste and Cooking Oil The Future Of Sustainable Jet Fuel?

Cooking oil and city waste may be the next source of power for your next private flight. Every year, the European Business Aviation Convention & Exhibition brings the business aviation world together. This year, Gulfstream flew its entire fleet to the convention using only sustainable jet fuel.

Gulfstream was not the only jet manufacturer that made this bold move. The stunt was part of an industry-wide demonstration that new jets can be flown sustainably. There was a total of 23 aircraft participating in the act. As part of a large-scale effort to increase sustainability with jet-fueling, Gulfstream made the sustainable alternative jet fuel (SAJF) available for its customers earlier this year, in order to get people to fuel their jets with a more eco-friendly fuel. The SAJF name is the category given to fuels that are non-petroleum based. These fuels have been produced in order to reduce carbon dioxide emissions, without having to change the plane. However, the fuel must meet specific standards for turbine-powered aircraft engines.

The SAJF consists of industrial waste, CO2 emissions and even cooking oil. There are 20,000 business jets around the world that can run efficiently on SAJF. This is an incredibly positive outlook on the future of sustainable aviation. For a fuel blend to be approved, leading aviation experts have a strict criteria in place that the fuel must meet. These fuel products are rigorously tested before being used on flights.

Gulfstream have been testing SAJF since 2016 and have flown nearly one million nautical miles on it. This save saved 870 metric tons of carbon dioxide. Earlier this year, Gulfstream flew the G280 aircraft into LA using renewable fuel, showing just how well it works by breaking a record on the way. The Van Nuys airport has become the first general-aviation field in the United States to offer SAJF on a trial basis.

The main goal for aviation manufacturers is to become carbon-neutral. Many of the industry leaders have programs in place to reduce their carbon footprint, starting in 2020. It is expected that we will see a 50 percent reduction in carbon emissions from private aircraft by 2050. The only downside to using SAJF is that it costs slightly more than typical jet fuel.

In March of this year, Gulfstream sold their first batch of alternative jet fuel, which is expected to produce only half of the greenhouse gas of regular petroleum-based fuel. Here’s what Gulfstream had to say about the sale. “This sale is a direct result of our efforts to increase the visibility and availability of sustainable alternative jet fuel for our customers”.

The push for sustainability in the private aviation sector is only becoming more prominent as time goes on. The General Aviation Manufacteurers Association have pledged to reduce emissions, with a goal of complete carbon-neutrality by 2050. Manufacturers like Gulfstream and Bombardier are at the front line of this effort in order to produce sustainable fuel.