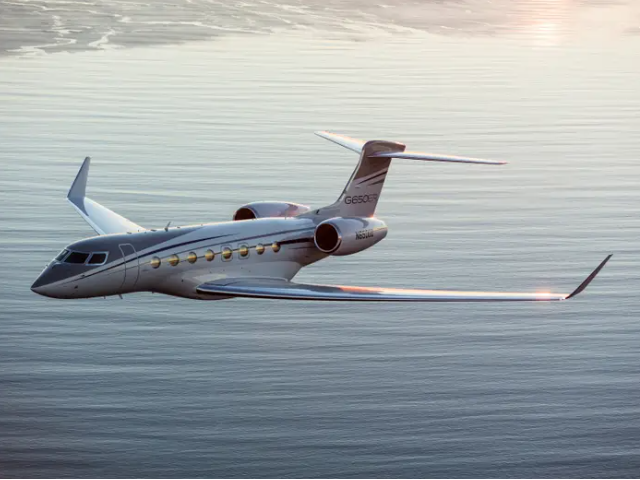 All words used aptly to describe one of our era’s most influential and impactful human beings. Like him or not, there’s no questioning that Elon has made a lot of waves splashing around in the industries he dares to venture into.

In doing so, his ventures often lead him around the world as well as the nation, jet-setting from one board meeting to the next, or taking a rare moment off work to enjoy a broad range of destinations.

For those curious, Musk does this jet-setting aboard his private jet, a $70 million feat of modern marvel and engineering.

In this piece, we share everything we know about his private castle in the sky.

On the heels of Musk’s sensational and groundbreaking Twitter takeover, we pause to reflect on how this multi-billionaire chooses to get from point A to point B in style.

While Musk has recently committed to frugality in several areas of his life, selling off mansions in favor of a simpler way of living, he has not given up one of his prized possessions: a $70 million private jet.

An Introduction to the Luxurious Gulfstream 650ER (G650ER)

Favored by titans of commerce and entertainment, the luxurious Gulfstream 650ER is the private jet of choice for Jeff Bezos and Oprah Winfrey alike.

As for Musk’s jet, his 650ER has been customized to serve his unique needs, featuring three separate living areas for work and relaxation. Seating (up to 18) is serviced by beautifully handcrafted leather seats.

Having previously made headlines, this is the same jet that was tracked around the globe by a savvy (and probably annoying) individual set on posting the visionary’s travel itineraries online.

Despite Musk’s advocacy for free speech, the Twitter account tracking his every move was met with a lot less enthusiasm, citing his and his people’s safety as a primary concern.

Yet, 19-yr old Jack Sweeney couldn’t be swayed, and has continued to publish the location of the second richest man in the world.

That said, it should be noted that information used to track Musk is public domain.

A favorite among businessmen and women alike, the G650ER ranks among the most popular, reliable, and trustworthy private jets, leading Musk to have his own commissioned for build-in 2016.

Powered by a Rolls-Royce engine, the G650ER is capable reaching speeds upwards of Mach 0.925 and traversing a range of up to 7500 nautical miles before requiring refueling. This setup is able to reach a max altitude of 51,000 feet.

Reportedly, this private jet has seen a lot of use, with the Tesla CEO flying an estimated 160,000+ miles as of 2018 (Business Insider). Among the entries on the flight logs include trips from Texas to California, Alaska, Thailand, Israel, and Northern Ireland.

The standard configuration for the G650ER includes a 46-footcabin with generously sized 10” windows for viewing. However, Musk has reportedly converted part of this cabin space into oversized sleeping areas for him and his guests.

The first of several living areas onboard features four custom leather window seats, while the full cabin boasts no less than 16 panoramic viewing windows (notably, the largest in the industry).

Moving on to the second living space, we see another seating area with 4 luxurious lounging chairs. Traditionally, this area is often used for dining or business conferences, featuring a central table for work or meals.

Rounding out the last of the living spaces is a private compartmentalized space large enough to seat an additional five passengers.

Within the spacious cabin areas, guests enjoy in-flight Wi-Fi. Each seat is integrated with its own 12” high-resolution screen for entertainment, and ample power outlets for charging or running electronic devices.

Throughout the rest of the cabin, you’ll find no shortage of screens, with optimally mounted 16 and 32” screens available for viewing.

As for seating, each leather chair can be reclined into fully horizontal sleeping mode, and window shades at each seat can be lowered or raised electronically.

The spacious interior is outfitted with not one, but two restrooms and immaculate granite sinks. The kitchen includes a fully functioning oven and microwave for onboard meals and snacks.

Tables can be raised as needed with the touch of a button for work, entertainment or meals.

Inspired to book your own private jet?

At BitLux we offer a wide range of private jets that can be rented for business or pleasure. Reach out today and find out why so many discerning travelers choose us to get to and from destinations around the world.