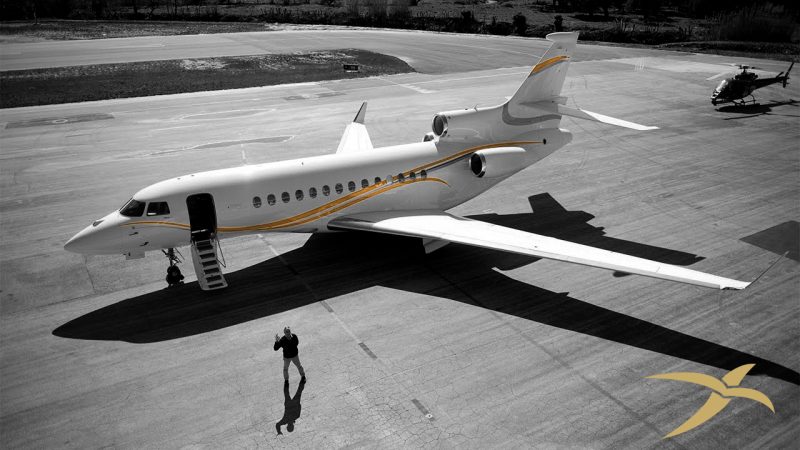 There’s no doubt that climate change is here, with carbon emissions leading the pack in contributing to what is now a global crisis of epic proportions. The magnitude of the fallout rests largely on the collective choices that world leaders make regarding energy, resources, and regulations.

Although many such proposals and regulations are in motion or on the horizon, the one garnering significant attention at the moment is a proposal that (among a laundry list of tariffs on high-0carbon products), includes a first-ever fuel tax on private jets.

Europe Is and Has Been a Tax Haven for Flying

Under current legislation, across Europe fuel used for aviation is largely tax-exempt, with a small exemption for low-altitude recreational aircrafts. This has long allowed air freight companies, commercial airlines and private jet operators to operate with a free pass regarding taxation.

Some have argued that this industry-wide exemption has not only contributed to, but supported, the furtherance of climate change in the wrong direction. According to Andrew Murphy, aviation director at Transport & Environment, a Brussels advocacy group, the failure to tax such flights has given these businesses a free pass to pollute the climate.

According to the European Commission, aviation represented 4% of total EU emissions pre-pandemic, representing a key industry to reign in regarding its carbon footprint.

Today, the leaders of the world have joined forces on multiple fronts to combat carbon emissions. One such change proposed by the European Commission aims to reduce carbon emissions below those levels present in 1990 by the year 2030. This same policy has set a lofty goal of eliminating them completely by 2050.

As part of this effort, European lawmakers have proposed a fuel tax that would have a significant impact on jet travel and the aviation business as a whole. However, this proposal from the European Commission leaves a glimmer of hope (and financial relief) for two affected segments o the market: cargo and private jet flights.

Despite ranking among two of the leading producers of carbon emissions, it is said that both private jets and cargo flights are to be exempt from this newly proposed jet fuel tax.

Presented on July 14th 2021, the commission indicated that such a levy would only be imposed on flights that were domestic, or in situations where multilateral or bi-lateral agreements had been made between member states.

According to some members of the commission, there is concern that taxing fuel for cargo-only flights could have an adverse effect on EU based carriers. The commission further argued that intra-EU cargo carriers and/or flights would need to be exempt from the tax due to existing aviation services agreements.

“The downside, though, is the commission is considering exempting cargo carriers that are often US-run,” said its aviation director Andrew Murphy, who noted “multiple” solutions for taxing jet fuel used by cargo carriers that “tend to use older, dirtier aircraft”.

For the purposes of this proposal, private jets are classified under the umbrella of ‘business aviation’, used to ‘conduct their business’, and are typically considered ‘not for hire’ by the general public. That’s good news for entrepreneurs and corporations that rely on private jet travel to get to and from business meetings.

But wait, there’s more. This legislation provides an additional exemption for what its classifying as ‘pleasure flights’. Such flights are defined as those where an aircraft is utilized for either recreational or personal purposes that are not associated with a business, organization or for professional use.

The EU is taking aim at the long-standing tax exemption on flight. For decades, the aviation industry has ran unchecked and untaxed, be it for personal, commercial, passenger or cargo flights.

The introduction of tax reforms as part of the EU’s Fit for 55 Plan aims to encourage the aviation industry to take significant steps towards reducing carbon emissions through the use of clean technology. However, the proposed legislation is only applicable to commercial and private flights within Europe, while exempting both cargo flights and private jet travel for business or pleasure. In effect, this leaves an estimated 60% of the aviation industry tax-exempt.

For these new proposals to go into force, it must earn the approval of all 27 EU member states, with the expectation that the final version may undergo several iterations prior to all states reaching an agreement.