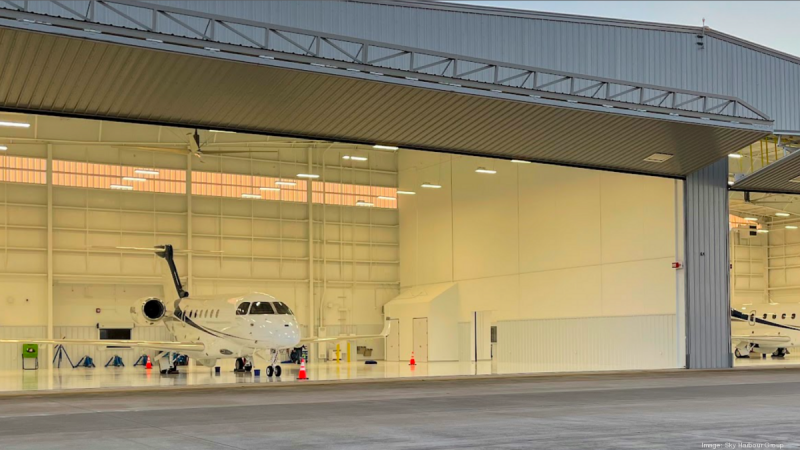 Over the years the airport has evolved to include four runways and over 3900 acres serving 22 airlines with no less than 580 daily arrivals and departures.

Just recently, Sky Harbor Group announced an exciting new development; the design, development, and building of 9 luxury private jet hangers at BNA. This move marks the first time in Nashville International Airport’s history that such a significant investment has been made in private jet travel.

These luxury private jet hangers will service non-commercial private jet flights in and out of BNA, adding to the airport’s already robust services and accommodations.

Of note, is that this announcement is the first of its kind from an airport, perhaps indicative of the rise in private jet travel for its many benefits, such as privacy, concierge, safety (away from the crowds), and customized travel accommodations.

A Welcomed Addition to BNA

Commercial flights have certainly seen their share of problems over the last few years, from delays and security issues, to the looming threat of COVID exposure, airline layoffs, staff shortages, and more.

All of which have made private jet travel an increasingly attractive proposition for discerning travelers.

An Economic Windfall for Local Residents

Approved by the Federal Aviation Administration (FAA), the proposal to build these nine hangers saw no opposition from the general public. And with good reason.

Overall, the project is expected to generate more than 2,000 new jobs for the greater Nashville, TN community, while bringing in upwards of $1.5 billion in new revenue over the span of 10 years.

Funded by a $200 million investment, the expansion is poised to be a blockbuster success, with the new private jet hangers capable of housing upwards of 20 aircrafts.

Part of the Bigger Picture

This expansion is part of a larger effort by Sky Harbor Group to transform the airport into a thriving hub for elite and luxury travelers. Situated along the north end of BNA’s property, this project will culminate in 9 technology-forward, innovative climate-controlled private jet hangers. Each of which will offer exclusive access to Nashville International Airport’s executive terminal.

The goal is to attract high net worth individuals and companies seeking convenient, reliable, safe, and efficient private jet travel into and out of the Nashville area.

Opening its first campus in May of 2021, New York Based Sky Harbour hit the ground running at Houston’s Sugar Land Regional Airport.

Since its debut, the group has expanded to several locations including Miami, Denver, Phoenix, Dallas, and Nashville. Dedicated to meeting and exceeding the demands of discerning travelers, the group is steadfastly focused on unparalleled service, concierge, security, safety, efficiency, and convenience.

Headed by industry-thought leader and CEO, Tal Keinan, Sky Harbour Group sought out to engineer the optimal hanger, offering the best in home base aviation and optimizing the value owners derive from their aircrafts.

Its team of talented professionals combine decades of aviation experience with a documented track record of excellence in real estate development to create a synergy like no other in the aviation industry.

Given the stellar track record of Sky Harbor Group, approved by the FAA and backed by more than $200 million in funding, the project is set to be a hallmark success.

The new hangers are a welcomed addition to the airport, and coming at a time when Nashville is seeing a boom in international trade and travel. As one of the fastest-growing cities in America, with growth rates surpassing 100% since 2010, these hangers can’t come fast enough.