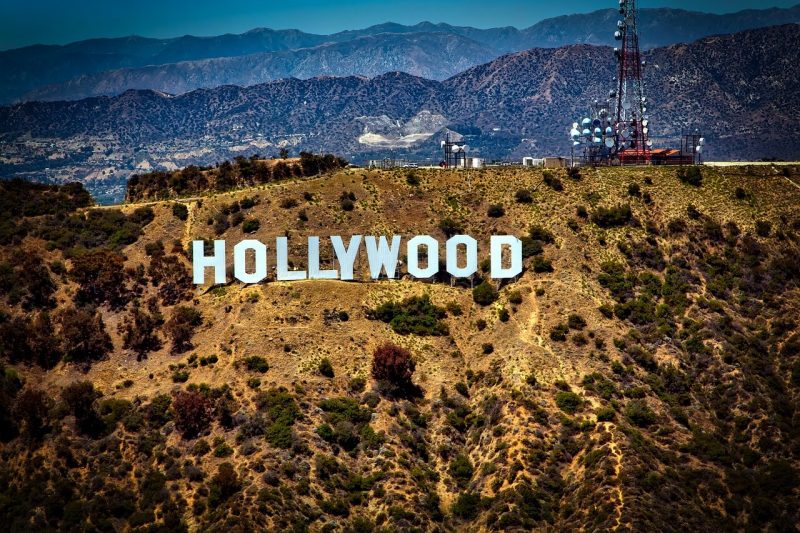 The Los Angeles area has long held its status as a global financial hub and an epicenter of the entertainment industry. As such, it’s no wonder that LA is a hotspot for global business, executive meetings, and celebrities alike.

Although the Los Angeles International Airport, often referred to by its airport code LAX, services both international long-haul commercial airplanes as well as smaller private jets, its status as the 4th busiest passenger airport in the world can make it less than ideal for corporate executives and high-profile public figures who prefer to travel a little more discreetly.

Luckily, Los Angeles International Airport’s private jet terminals are not the only option when traveling to LA via private or chartered aircraft. The sprawling LA landscape is dotted with airports servicing both large and small jets. These airports provide an alternative to those who wish to bypass the hustle and bustle of large-scale international airports in favor of a smaller, more private experience.

From the ever-popular Van Nuys Airport, to the smaller and less crowded Bob Hope Airport in Burbank, we’ve selected our top picks for private executive airports in the LA area in order to help you plan your next business trip or weekend getaway.

We’re confident our four favorite picks will tick all the right boxes when choosing the perfect runway for your next takeoff or landing. Read on to learn more about each and which might best fit your needs. As always, BitLux is here to help you make the right choice and to offer expert advice. Call or message us today and get connected with a private jet charter specialist who can make sure your trip is one you’ll remember for all the right reasons.

When it comes to private and chartered jet airports in the Los Angeles area, we would be amiss to not start the conversation with Van Nuys Airport.

This airport ranks among the most popular airport for business jets and celebrity charter flights alike. Van Nuys Airport was built in 1928 and caters only to non-commercial private travel. Van Nuys gained its reputation due to two main factors: it’s unbeatable location and its standing as a Hollywood filming hotspot.

The Ideal Location and Appeal

Location, Location, Location! Situated right off the I405 north of Highway 101 in San Fernando Valley, the Van Nuys Airport is nestled just north of the Hollywood Hills. This ideal location makes it the perfect airport to service Los Angeles’s elite, from the influential residents of the famous Beverly Hills area to A-list Hollywood personas.

Adding to its appeal, several notorious Hollywood productions have used the Van Nuys Airport as a backdrop for big and small screen features, such as Airwolf and the popular TV drama Madmen.

Given Van Nuys Airport’s popularity in the executive charter flight world, the airport has managed to attract several well-established local FBOs alongside some of the well-known major chain FBOs. Some of the noteworthy FBOs featured at the Van Nuys Airport include Signature, who can be found on both sides of the field, as well as Bob Hoovers Jet Center, which was named after the famous WWII Veteran test pilot Bob Hoover who was one of the major pioneers of aero-acrobatics.

The terminal itself is an impressive glass and steel structure that sprawls over 10,000 square feet. It is equipped with private conference facilities, complimentary Wi-Fi access, a coffee and wine bar, and a kitchen offering catered meals to hungry travelers.

When it comes to access to corporate jets, Van Nuys hosts the largest business jet fleet in southern California. With both an 8,000 ft. runway and a smaller 4,000 ft. runway, Van Nuys can handle both large aircraft and smaller turboprops. Van Nuys also houses several repair facilities, making it a popular stop for regular maintenance needs.

A Bit Crowded for Some

The only possible drawback one could find with Van Nuys Airport would be that due to its popularity, it averages more than 230,000 takeoffs and landings annually, which can make it feel a bit busier than some of the other picks on our list.

Located about 35 miles south of downtown Los Angeles in Santa Ana California, the John Wayne Orange County Airport is situated perfectly for those looking to escape to nearby California beach towns such as Newport and Laguna. The airport is also aptly located for those looking to take advantage of the well-equipped conference and expo centers around Disneyland and Anaheim Angels Stadium.

The John Wayne Orange County Airport’s runway length is just long enough to accommodate the largest corporate jets yet not quite large enough to service major commercial airlines. This is conducive to a more private and relaxed experience while reducing the likelihood of delays that are often caused by commercial flights. On a rare occasion, however, the small runway and lack of alternate runway can sometimes cause delays due to bad weather or slightly rougher landings when winds are less favorable.

The John Wayne Airport takes its name from the famous western actor and, like other small Los Angeles airports, SNA is no longer equipped with customs offices. This makes it unable to accommodate incoming international flights, all of which have been re-routed to LAX since the September 11th security changes. On occasion, however, it is possible to receive outbound customs on a case by case basis, making departing international flights a possibility.

The John Wayne Airport is flanked by two major national chain FBOs, Atlantic and Signature. Both of which contribute to supplying fuel, hangar space, and other necessary services to inbound and outbound travelers. Both FBOs have luxuriously modern terminal facilities featuring comfortable waiting areas and complimentary snacks, coffee, and beverages.

SNA has a fleet of around 30 corporate jets available for charter, from small King Air turboprops to large Challenger 604S business jets to fit a variety of travel needs. These aircraft can also be booked to depart from other surrounding airports for a quite competitive repositioning fee, making them an attractive option for those looking to charter a flight from elsewhere in California.

Though Long Beach Airport, also known as Daugherty Field, doesn’t handle the same volume of flights as Van Nuys Airport, it is still considered to be one of the largest executive airports servicing the greater Los Angeles area.

Offering both private charter flights as well as commercial domestic flights, the Long Beach Airport is an excellent option when looking for an executive airport with easy access to both downtown Los Angeles and Orange County.

Located just south of downtown LA on the I405 in the Long Beach area, it should be noted that the Long Beach Airport is also in close proximity to inner-city areas like Compton as well as the industrial Long Beach docks area. This makes the backdrop slightly less picturesque than some of the other options on our list. However, due to noise ordinances in the area, only 66 flights are permitted per day, making it far less busy than other airports in the vicinity which can be a point in its favor to those seeking added privacy or less congestion.

The airport gets its name from the famous 1920’s barnstormer Earl S. Daugherty. Before an official airport was built in the area, it was common for pilots to land their aircraft on a nearby stretch of beach. Daugherty, looking for an improved option, petitioned the city to open an airstrip which went on to host a number of famous aerobatic pilots before transitioning into the executive airport standing there today.

Since the Long Beach Airport can service private and commercial flights, its facilities feature 5 runways with the longest of them measuring at 10,000 feet so any plane large or small can land there. 4 out of the 5 runways are also capable of accommodating jets, which allows for smooth landings regardless of weather or wind direction.

Long Beach Airport is home to four FBOs located strategically in the east, west, and south side of the airport. The major chain Signature makes an appearance alongside Atis, Asos, and Ross Aviation. Ross Aviation is particularly noteworthy as it was voted one of the top FBO’s in the US and was also the 2018 Pilot’s Choice winner. It features executive conference services, a deluxe pilot lounge, complimentary snacks and beverages, and concierge services.

Long Beach doesn’t have quite as big of a charter fleet as some of the other airports on our list, with only 16 larger jets finding a permanent home there. However, many other small aircraft operators will happily reposition flights there when needed.

The Hollywood Burbank Bob Hope Airport is situated 3 miles from the heart of downtown Burbank, and just 12 short miles from downtown Los Angeles. The area tends to be a bit more suburban than some of the other executive airports, serving residents of nearby areas such as Glendale and Pasadena.

Although the location may not feel quite as glamorous as other airports on our list, what the Bob Hope Airport lacks in glitz it makes up for in security, privacy and lower congestion. In fact, for those who value security, Bob Hope Airport is the only airport on our list to feature its own private police force on site.

In addition to offering passengers an added level of security, the Bob Hope Airport is also a popular choice for those looking to avoid the traffic from more bustling areas.

The Bob Hope Airport originally opened as a commercial airport and operated as a major hub until LAX took the reins. The airport was renamed in 2003 after the famous comedian Bob Hope who was an aviation enthusiast who also kept his private aircraft in a hanger nearby.

The Burbank Airport has two runways with the ability to accommodate both small and large aircraft. Due to the ability to cater to larger 737 planes, it is also a hotspot for VVIP airliners such as Boeing Business Jets. The directions of the runways also allow for easy landings regardless of the wind direction.

Bob Hope features two FBOs, the major chains Atlantic and Millionaire. They are located side by side toward the northwest of the airport accessible by Sherman Way and North Clyborne Avenue, which is a quiet residential area. Both feature modern facilities with state of the art amenities. There are also a few charter operators to choose from offering a decent sized fleet complete with some larger corporate jets.

Those who regularly fly private charters may have noticed the exclusion of Santa Monica Municipal Airport (SMO) from our list.

Given its prime location just a few miles from the bustling Malibu and glitzy Beverly Hills, many flying into Los Angeles request to land at Santa Monica Airport. However, due to its ultra-short runway and the heavy air traffic from nearby LAX, Santa Monica Municipal Airport comes with a long list of safety concerns which have led us to exclude it from our picks.

Van Nuys Airport is a great alternative if willing to land a bit farther from Santa Monica, however, if proximity to Santa Monica is a must, we recommend looking into the private terminals of the Los Angeles International Airport (LAX) instead. View more Top Private Jet Airports.

Larger commercial airports are often less accommodating to private jet charters, as well as being less secure, less discreet, and overly congested. Smaller private airports, by contrast, often offer a number of amenities, better service and support, and rarely have delays due to overcrowded runways.

We hope you enjoyed this guide on the top airports for private jets in Los Angeles. If you have any questions or would like to book your next private flight, don’t hesitate to reach out. Our accommodating and friendly staff are standing by and ready to assist.