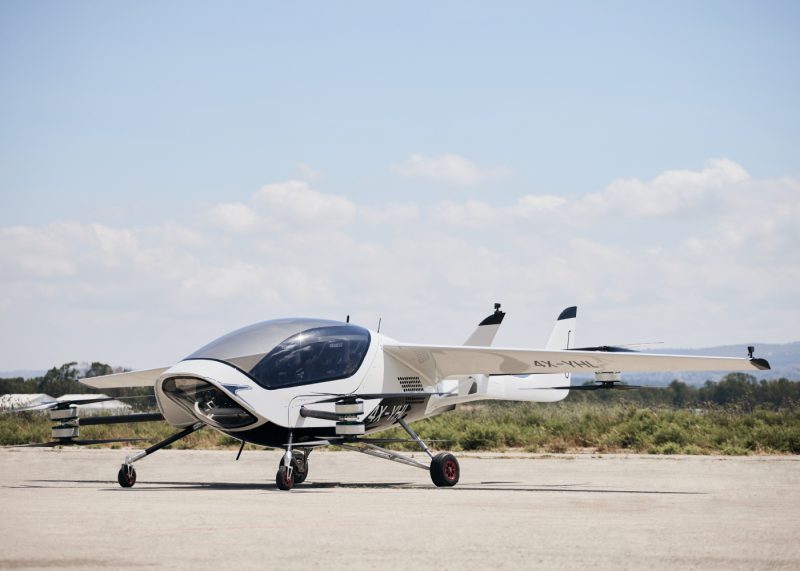 Electric vertical takeoff and landing, known more commonly as eVTOL, was created by pioneer in aircraft aviation, AIR. Known for pushing the limits of electronic aviation, AIR recently announced the debut of its inaugural vehicle: AIR ONE.

The much anticipated AIR ONE came out swinging, having successfully completed its first-ever hover test. The full-scale prototype made history with its flight in Megiddo, northern Israel.

Taking flight at around 7am Israel Standard Time, the aircraft found its pace quickly, effectively negotiating several after-flight hovers before eventually returning safely to the landing pad. This feat of engineering was but a small demonstration of AIR ONE’s abilities.

All Systems ‘GO’ with the AIR ONE eVTOL Hover Flight

Putting its systems to the test, this modern marvel of an aircraft performed remarkably, offering exceptional control and stability throughout the demonstration. The successful run gave credibility to the technology, and wow’d spectators.

Co-founder and CEO of AIR, Rani Plaut was quoted as saying, “It was truly awe-inspiring to watch AIR ONE lift off the ground for the first time. We’ve been on this upward journey for nearly five years and cannot wait for the public to join us on this ride.” He continued, “This momentous milestone secures AIR’s spot as a market leader in the personal air mobility space, making the thrill of flight achievable on a daily basis. We look forward to continued growth as we launch into the next phase of development.”

Paving the way for the future, AIR’s eVTOL flight technology (for the first time) grants consumers the ability to utilize eVTOL flights as a means of personal transportation over short distances. Aimed at the ‘daily use’ market, the AIR one is small enough to fit in the vast majority of residential garages and/or driveways. With its all-electric capabilities, the 2-seat aircraft is ideal for day-to-day commuting, as well as travelers.

Similarly, the AIR ONE offers exhilarating performance, and a thrilling ride for future adventures, representing what may very well be the next generation of consumer travel.

Since its acclaimed debut at the Kentucky Derby, the full-scale AIR ONE prototype has gained a lot of buzz in circles ranging from adventurous entrepreneurs, to business class execs and investors. On the heels of its early success, AIR has announced partnerships with air mobility companies including the likes of AeroAuto, Espere AAM, and FlyOnE, establishing one of the industry’s first showrooms for electric-powered aircrafts in the USA.

Additionally, AIR is currently in pursuit of furthering its range of partnerships across the globe and deepening its foothold in the United States. These efforts are aimed at aiding in the development of supportive infrastructure and in the development of policies to facilitate the rapid evolution of this new class of consumer transportation.

The company is also working closely with the FAA to finalize requirements for vehicle certification and pilot licensing guidelines for those manning eVTOL aircraft.

The AIR ONE Specs and Capabilities: an overview

After 4-years of Development, Advance Orders are Welcome

It took just four short years to test and prove the AIR ONE concept, utilizing both simulated and real-world performance tests to optimize and validate AIR’s patented aerodynamic flight system and topology. These advancements in aviation technology enabled the AIR ONE to make leaps and bounds in the realm of practicality and maneuverability for electric aircrafts.

With a vision of making the freedom of economical and efficient flight accessible to the masses, AIR is now accepting advanced orders on its website, with more than 150 units already reserved.

We expect that it won’t be long before personal flying vehicles reach levels of mass production on the level of those of automobiles, offering exciting, safe, economical, and practical alternative means for day travel and commuting.