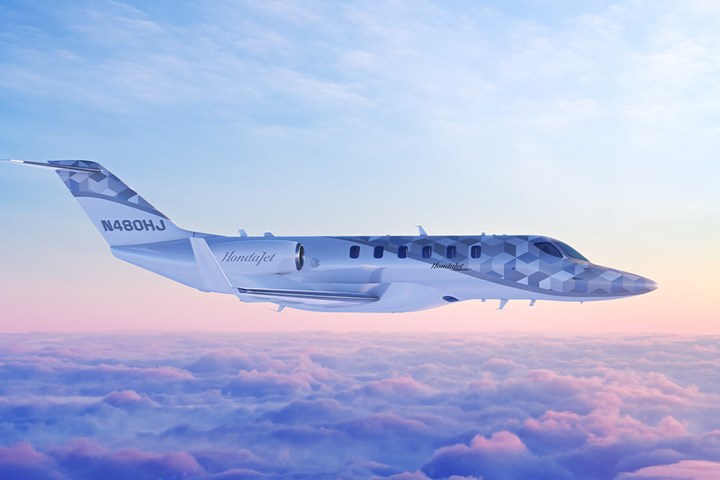 Honda Aircraft made a big splash at the 2021 National Business Aviation Association (NBAA) conference and exhibition. At this much-anticipated event, the company revealed its ‘next generation’ concept, the HondaJet 2600.

This reveal was introduced as a ‘concept’ in an effort to garner customer interest and feedback, as well as to validate the potential market demand before going ‘all in’ on its plans to go from concept to production.

According to Honda Aircraft CEO and President, Michimasa Fujino, the jet solidifies the company’s goal of disruption and establishing a new category for light jets.

The airplane will also be the first to achieve class records for highest flight ceiling, highest cabin pressurization, and tallest cabin height (5’ 2.5”).

Featuring an innovative cockpit and intuitive interface, this jet is engineered to be manned by a single pilot while still managing to improve safety by reducing pilot stress and enhancing awareness.

According to Fujino, “Over the past five years, HondaJet continuously evolved based on our customer feedback and engineering expertise, we introduced HondaJet Elite, then HondaJet Elite S, at the same time we became an OEM…”.

This evolution provided insight into the changing needs of the market and resulted in the discovery of a potentially new market segment/category that may have a strong need for a jet such as the 2600.

Today’s business aviation industry has a strong demand for a rapid cross-country capable light jet, capable of carrying greater payloads and more passengers, while not neglecting efficiency and remaining eco-friendly. The HondaJet 2600 concept has been engineered to fill this void, introducing a new category to the world of aviation and solidifying Honda Aircraft as a thought-leader in the aviation space that is committed to innovation.

The jet boasts an impressive range of 3,021 miles (or 2,625 nautical miles) at a blistering cruise speed of 518mph (or 450 knots). The plane will fly transcontinental and will connect many large cities, including Tokyo and Hong Kong and London and Cairo (among others).

A Luxurious and Spacious Interior

The interior of the HondaJet 2600 aircraft is both comfortable and spacious, incorporating a lavatory that is modern and convenient.

The aircraft has an Over-The-Wing Engine Mount configuration to greatly reduce the sensation of vibration compared to that experienced in traditional light jets, making travel smooth and relaxing no matter the weather.

Unparalleled safety and range aren’t the only things that have aviation enthusiasts talking about the 2600. This jet’s engines have been expertly engineered utilizing cutting-edge technology and optimizations, resulting in 20% greater efficiency, making this jet more than 40% more efficient than comparable mid-sized jets. At a time when reducing carbon footprints and being environmentally conscious is a priority for businesses and consumers alike, the HondaJet 2600 hits the mark with flying colors.

The Longest-Range Single-pilot Business Jet in The World

HondaJet claims that the HondaJet 2600 will be the world’s first transcontinental jet capable of single-pilot operation.

Although Honda was tight-lipped about the specifics of what avionics system will be used, they did note that the configuration is to be kept in alignment with that of the Garmin G3000 flight deck already featured on the HA-420 (with a few added perks).

Other Automated and Innovative Technologies Include:

Honda also conspicuously alluded to several unnamed systems that are expected to be on board, with a representative stating that the jet would have “…incorporated increased electrical architecture allowing for more precise control and enhanced aircraft integration.”